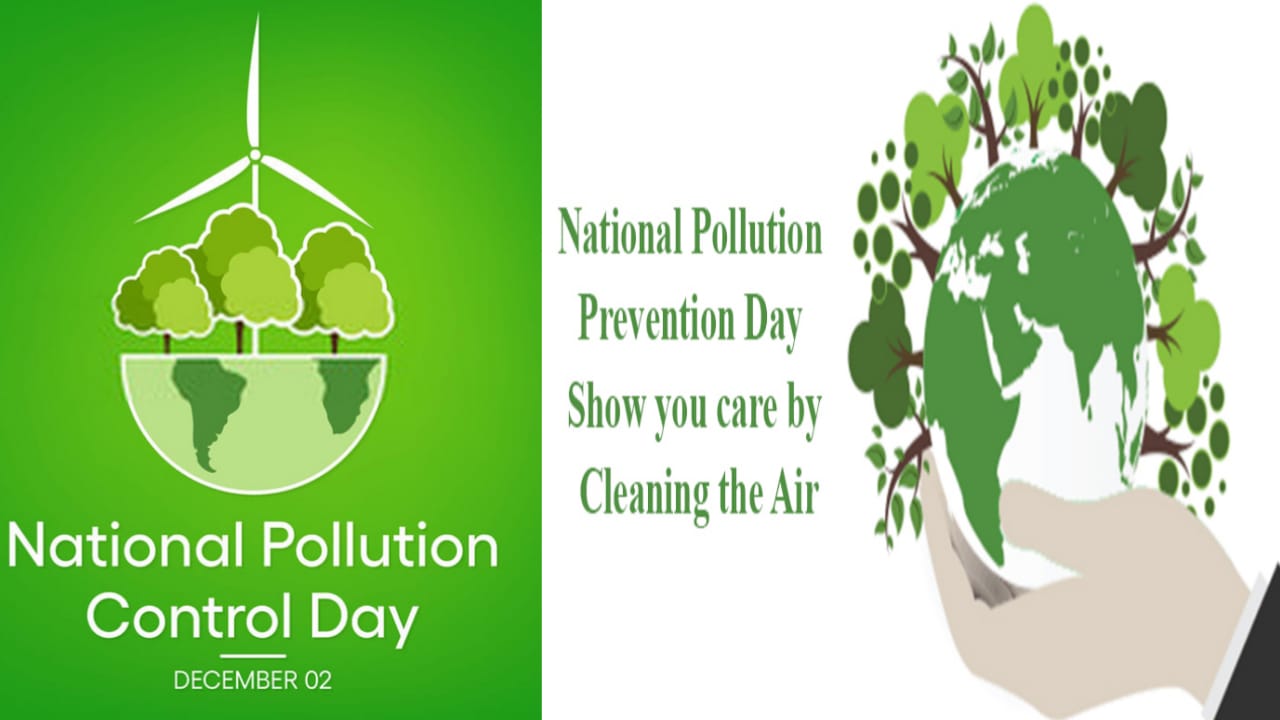 National Pollution Control Day 2021 Despite many acts, it is ironic that the level of pollution in the country is continuously increasing. In such a situation, we all have to seriously try to stop this together.

National Pollution Control Day is celebrated in India every year on 2 December in the memory of the people who lost their lives in the Bhopal gas tragedy on the night of 2-3 December. According to the reports, more than five lakh people died due to the leakage of poisonous gas in that gas tragedy.

Even after so many years, it is still known as the biggest industrial pollution disaster in history all over the world. To remember the people who lost their lives during that 1984 gas tragedy and to make everyone aware of the importance of pollution control acts, 2 December was marked as National Pollution Control Day.

National Pollution Control Day is celebrated every year on 2 December in India to raise awareness about the thousands of people who lost their lives in the Bhopal gas tragedy in 1984 and the problems of increasing pollution.

During the Bhopal gas tragedy, the entire city had become a gas chamber in which 3788 people lost their lives. But there is another city in the country which in the last fifty years becomes a Gatch Chamber. That city is the capital of the country, Delhi. Let us know that year after year the situation of pollution in Delhi got worse and sometimes big measures were taken to stop it.

70s, when it was difficult to count stars in the sky in Delhi

Indian Association of Air Pollution Control President Dr. JS Sharma has told in a recent interview that the amount of Sulfur Dioxide (So2) and Nitrogen Dioxide (No2) in the Air Quality Index (AQI) in the 1970s-80s is comparable to the present time. The comparison was much higher.

In today’s air, the amount of dust particles in the AQI is high. According to JS Sharma, the amount of sulfur in the earlier fuel was very high. It came out of sulfur fuel. But later the fuel was refined. This was the condition of many cities of the country including Delhi, Agra. At the same time, the people of the capital tell that in the 1970s it was difficult to see the stars in the sky of Delhi at night.

The era of petitions started from 1990

Also read- Dhoni-Kohli out of Harbhajan’s all-time playing-11, only these two Indians got a place

Steps taken on the orders of the Court

In 1996, the brick kilns of Delhi were ordered to be closed.

Establishment of Environment Pollution Authority in 1998

In 2004, hundreds of industries were driven out of the capital.

In 2000, petrol diesel buses were converted to CNG to the extent

In 2001, there was a suggestion to build a peripheral road in Delhi, it took 15 years to build

In 2004, orders to control mining in Aravalli

-Order to make farmers aware on stubble in 2017

On the other hand, if we look at the deaths due to pollution, recently environmentalist Vimlendru Jha has told that in the country 15 years people lose their lives due to pollution. At the same time, due to excessive toxic gases, the average age of the people of Delhi is reduced by 9.5 years.

Pollution is becoming a scourge not only for India, but for the whole world, due to which the burden on health services is increasing manifold due to increasing diseases. Particulates of pollution present in the air not only have a serious effect on the heart, brain and lungs, but are also causing incurable diseases like cancer. Experts are of the opinion that the effect of pollution on age is greater than that of diseases like smoking and TB and if WHO standards regarding pollution are strictly followed, then people’s life can increase by many years.